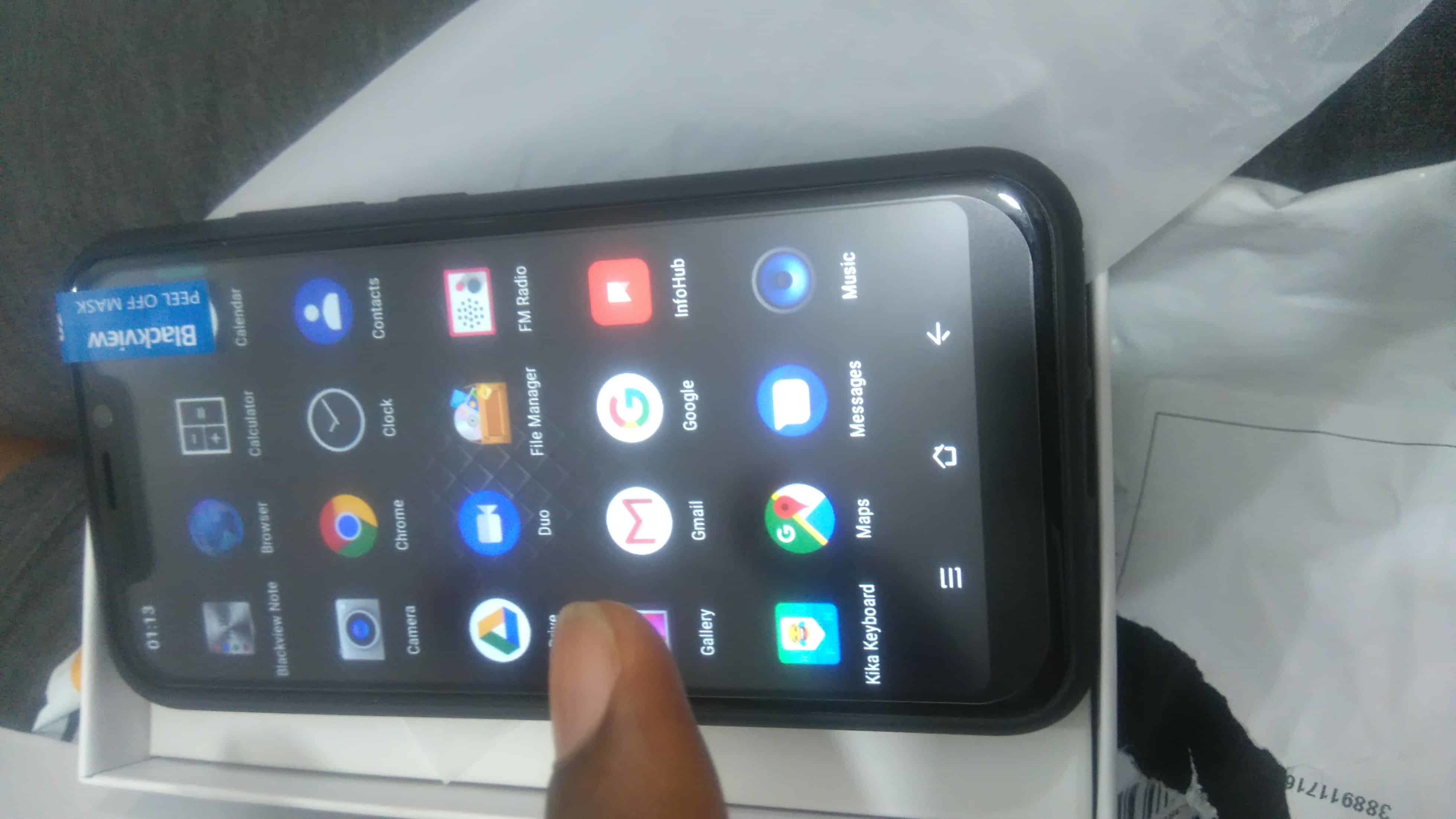 Blackview A30 Review and Unboxing: read before buying

This is one of the best budget-friendly smartphone I have used in 2018. The specifications are perfect and it features an excellent body aesthetics. It packs a whopping 2GB of ram and 16GB inbuilt storage coupled with a cool set of chips. Also, it is an iPhone X clone running on Android OS 8.1.

This Blackview A30 review will be very comprehensive. I needed a good smartphone to gift someone and so I checked out many Black Friday deals on many e-commerce websites and online shops. Luckily, I got this device (Blackview A30 Android smartphone) on Jumia at an extremely cheap price. The Blackview A30 was available at 40% off the main price. Looking at the available pictures, it appealed to me and I had to add it to my cart.

Next, I searched out for the features and specifications of the smartphone on various platforms; the specs are in no way bad at all. Combining the price and specs, it appears this is a mid-range smartphone with premium capabilities.

It’s getting up to two weeks since the device was delivered to me. I have also given to the intended owner and today I’m going to write the Blackview A30 review. This article will contain everything about Blackview A30; its features, specs, capabilities, and also, limitations.

Quickly, let me say that it’s quite impressive seeing a not-so-popular company designing an “Android iPhone”. Yeah, did you just read the phrase? Blackview A30 is an Android iPhone in the sense that it looks like the popular iPhone X (in design) while running on Android Operating System (Oreo 8.1). In a brief highlight, A30 is a smartphone designed/manufactured by an Asian mobile OEM – Blackview. The company is not so popular here in Nigeria, however, it operates/sells its products to over 20 countries across continents. A30 is not the newest smartphone from this brand and also, it is not among the first.

Blackview A30 is a sleek, sturdy, and efficient smartphone featuring the exact design of Apple’s iPhone X. It comes with an efficient 2GB Ram and 16GB onboard storage capacity. Nevertheless, you get only about 13GB out of the 16GB inbuilt storage capacity; this is because of the integrated bloat-ware apps.

Well, 13GB storage is enough to store quite a bunch of things and since the storage is expandable via TF card, I probably do not think the owners have an issue with the storage.

Without saying much further, let me go straight to my main aim of creating this post. Straight out from the box, Blackview A30 comes with the following onboard packages;

There are no much things inside the box, not even a freebie. Honestly, I was disappointed when I couldn’t find an earpiece in the box. However, The basic needs were available.

Here are the comprehensive explanations of the features available on Blackview A30 smartphone.

It has dual rear cameras which total 10MP and a sharp front/selfie camera of 5MP quality. Images on this smartphone appear to be bright even though the camera is not so “classy” as expected.

All your media files will play on Blackview A30 seamlessly and the color is quite impressive for watching HD videos.

The screen dimensions are as follows 141.2mm x 69.4mm x 9.8mm which left the device with a 5.5-inch screen display size with 19:9 aspect ratio. You’ll see clearly through this screen and as for gamers, they’ll see all actions vividly. A 5.5-inch smartphone is quite wide enough and fits into the palm easily for firmly. Also, the rounded corners do a good job of adding to the beauty of this smartphone.

Blackview A30 is one of those mid-range smartphones with IPS display technology. With high-color saturation display tech, A30 provides rich and vivid colorful images. Unfortunately, the screen of this smartphone is unprotected; at least Gorilla glass should have been used.

This is not a 4G LTE device, but, the 3G network is reliably very fast. Confidently, you won’t have any issues surfing the internet on A30. Coming to the SIM card option, it supports dual SIM cards with dual standby mode. However, if you’re going to expand the internal storage further, then, you’ll be limited to use just one SIM card as the other slot will host your TF card for further storage expansion.

Inside the hood lies an MTK chipset alongside a Mali GPU for a seamless gaming experience. Also, it boasts of having an efficient 2GB ram which makes every action perform very fast. The inbuilt 16GB storage is well enough for people like me who do not store much on local storages, instead, I prefer to save to the various best cloud storages.

Onboard the Blackview A30 smartphone is a 2500mAh removable battery which lasts pretty long anyway. Nevertheless, this battery capacity is quite poor. This is a moment where smartphones are built with at least 3000mAH battery. You may be needing a flexible power source to keep this device powered on at all times.

Android Oreo (8.1) is currently the latest Android mobile OS and that is what this device runs on. Among other interesting features of Blackview A30, this feature is among the few ones that interest me. The Android 8.1 delivers optimal efficiency and swift multitasking.

Just as said earlier, this is almost 2 weeks since the Blackview A30 has been in use and it functions seamlessly. The 2GB ram does a very good job in handling multitasking swiftly. Also, the iPhone X design featured by this smartphone made it look premium in the various available colors. A30 has a not-so-good camera which is quite disappointing because it was advertised to pack an excellent camera.

Well, photo and moment freaks won’t like Blackview’s A30 smartphone due to its low camera quality. Also, the battery doesn’t last up to 24 hours even after a full charge. But I thought the battery issue to be in-line with the original capacity which is just 2500mAh. Plus, there is no quick charge technology to make the device charger faster. However, when you use the original charger provided by the manufacturer or other good chargers, the battery charges faster.

Every other aspect of this smartphone functions just normal and as expected for a smartphone below NGN40, 000 ($120.00). So far, I’d freely recommend Blackview A30 for anyone looking for a good budget-friendly, sturdy smartphone. Also, I promise to update this article if the device disappoints along the line or develop an issue.

Get this deal now

Buy the Blackview A30 on Jumia for NGN23, 900 (60% off). This is the perfect, cheap iPhone X clone device for Android users. It comes with awesome features with includes Face ID and dual rear cameras.

Limitations of Blackview A30

Things I love in Blackview A30

The price for Blackview A30 is currently NGN23, 900 ($66.00) on jumia. You can get one for yourself via this link – Blackview A30 for NGN23, 900 on Jumia. It is a good Android smartphone that is worthy of your budget. A30 multitasks efficiently, thanks to the 2GB of ram available.

This is likely the best and most comprehensive Blackview A30 review you’ll find on the internet.

Share with others on:
Android smartphones Blackview phones Smartphones

Importance of smartphones in our Life activities

Is cybersecurity important for small businesses?

7 Cybersecurity Tips for Small Businesses in 2021?