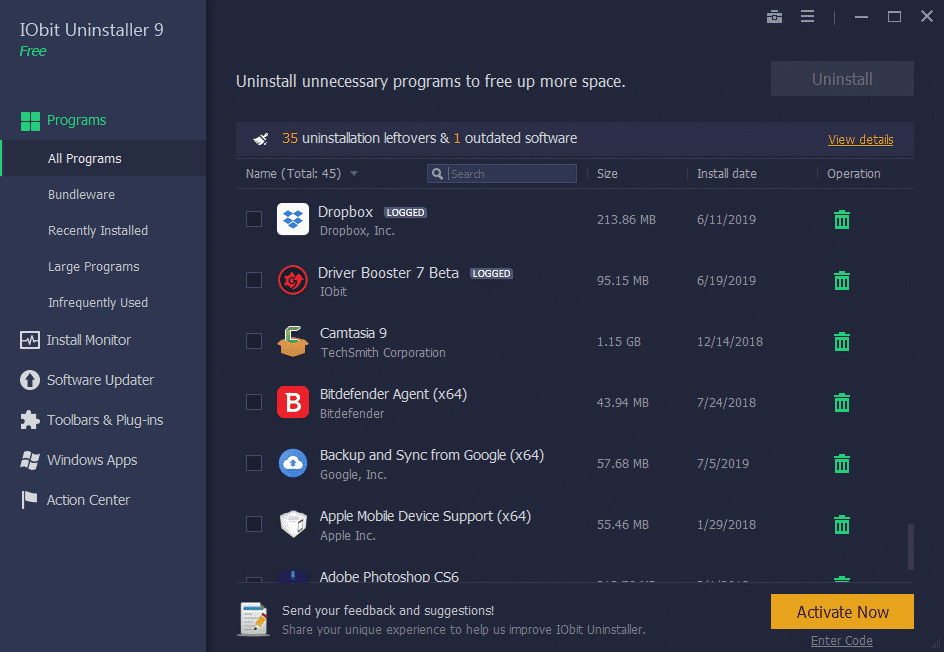 This is one of the best uninstaller software apps that I’ve used in a while. The program packs a lot of handy features and can actually get out any program installed on your PC. Plus, it cleans up all traces and lets you do more stuff you’d love.

The interface is still the same, but there are some touches to enhance the functionality of IObit Uninstaller 9, which is not yet officially launched. As at this time, IObit Uninstaller 8 is still the latest stable version of this powerful Windows utility tool. This software app is a handy utility that helps to uninstall any program on your computer, as well as supports a bunch of other useful tools to improve your experience. Got my hands on this utility for the first time (I’ve never used IObit Uninstaller before now) and I loved it. Here’s my IObit Uninstaller 9 Beta Review.

As a BETA program, it implies this app is still under development, and as such, it is not fully ready to be used by everyone. Well, this BETA version works pretty well, and it comes with handy intuitive features. The interface remained the same as the previous versions, but this time, it is more intuitive and comprehensive as well.

I started loving IObit apps after the Advanced SystemCare Pro from the developer proved to be a better PC optimizer than my CCleaner. Again, this piece of utility works very well for the purpose; plus, it’s additional features are just great and useful. IObit Uninstaller 9 has an intuitive interface, uninstall any app/program on your PC, features an easy-to-navigate side panel, and a couple of other good features.

How to use IObit Uninstaller 9?

The whole process to use this app for its function is no rocket science; it’s just something everyone can do without following any guide.

Note: this version is not yet officially released!

Update – the full version has been released

Well, nothing changed from the Beta version, the interface, features, etc. were still the same. However, now that the software has been fully released, I have rated it above. If you used the Beta version, download the full version from – here.

Here’s how to edit professional photos all for free

How to Change File Extension of Several Files in Windows

The Impact of Social Media Marketing on Business