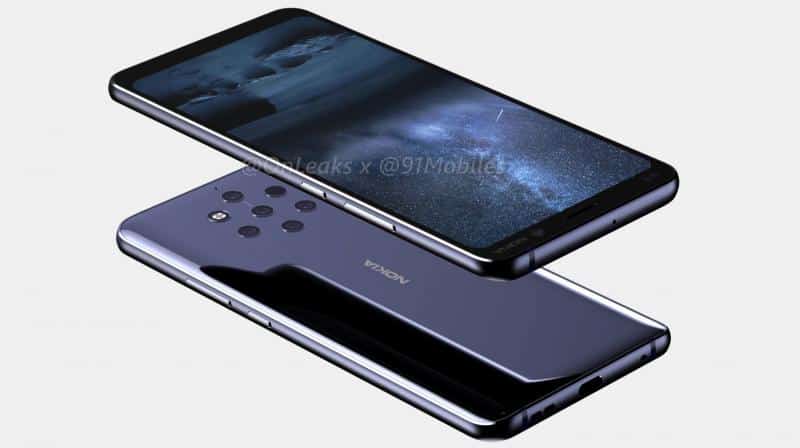 HMD Global to launch Nokia 9 in January 2019; price in Nigeria

In these recent times, technology has moved to what we could say is a myth; now, the Nokia phone cooperation is just getting to unravel the myth and extend our awe till now. Here are some tips about the Nokia 9 smartphone said to launch in January before MWC 2019.

Just recently, HMD Global hinted that it might release its next flash grip Nokia 9 smartphone running Android OS before the end January 2019. Well, just like other internet junkies, we have heard a lot of rumors about the next Nokia flagship device and here are the some useful informationwe have gathered about the device. According to rumors, HMD will have to unveil this phone before the mobile world congress (MWC 2019) in January. If released as rumored, it could be that the Nokia 9 will be available in various retail stores on or before March 2019.

This device will come with Snapdragon 845 processor and if you know anything about smart-phones, then, you should deduce that this is a processor associated with high-end mobile phones. Literally, it has been around for quite some time now on some recent flagship devices. Also, it is said that this device will have another variant which will launch sometimes later in the year.

The later variant of Nokia 9 may come with the predicted 5G network, alongside Snapdragon 855 processor. To be precise with rumors, this variant will launch in August 2019.

Amazingly, Nokia 9 is rumored to come with up to 5 camera lenses; honestly, you can’t imagine the image quality of shots taken with this device. Naturally, we are used to seeing two and maybe three cameras on smartphones but I cannot wait to see the extraordinary five cameras on the Nokia 9 smartphone.

Initially, it was a trait that the old Nokia 9 smartphones and Symbian phones always come with an un-matching camera. Therefore, we will not be out of line to expect to see the same in the Nokia or even better.

Not leaving behind the features of Nokia 9 smartphone which includes a 5-inch OLED screen with in-display fingerprint reader, 6/8GB of RAM, 128GB Storage space, a 4,150 mAh battery among several other breathtaking features. This article will be updated when the device is finally launched.

Here’s how to edit professional photos all for free

How to Change File Extension of Several Files in Windows

The Impact of Social Media Marketing on Business