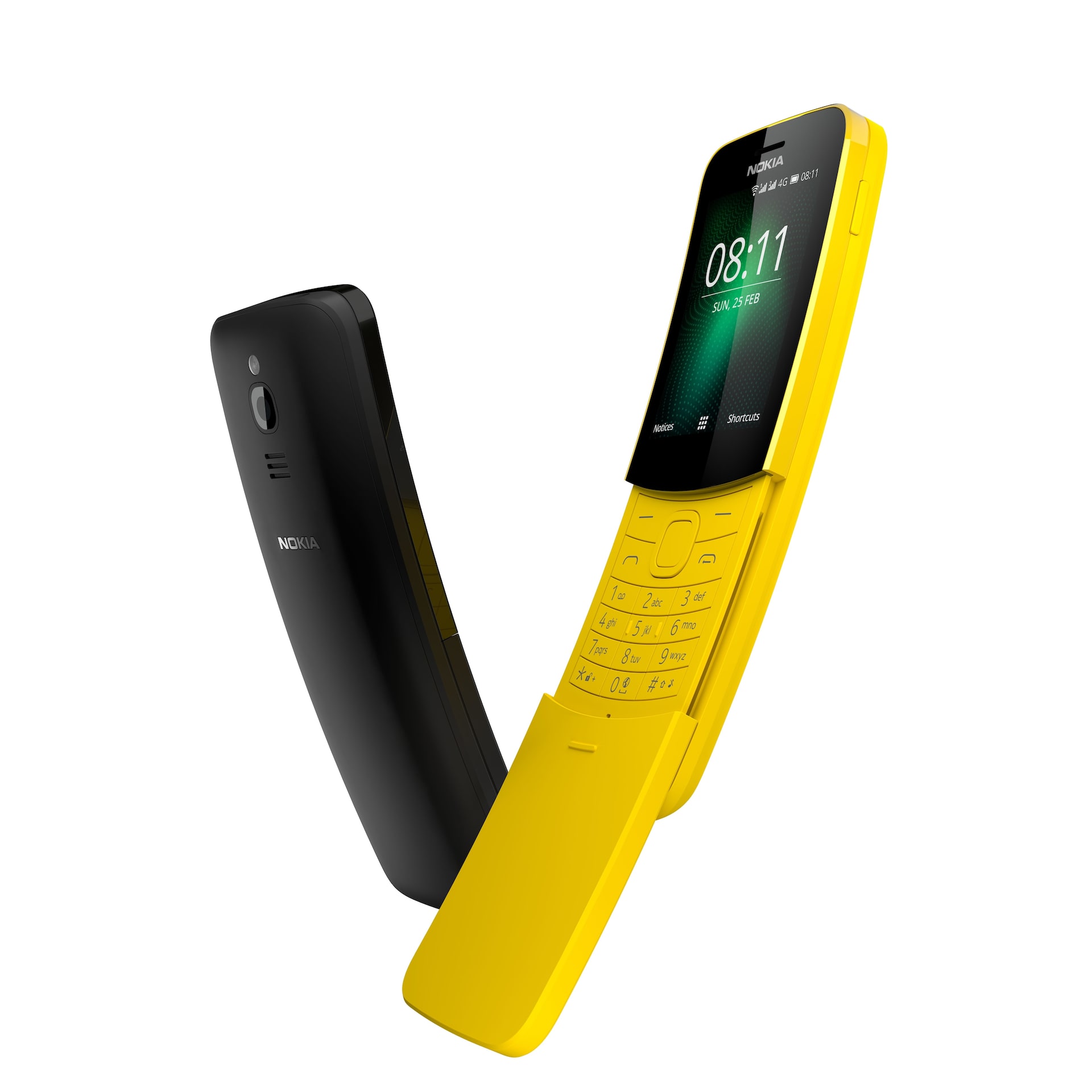 Ever since HMD took over to produce mobile phones with the name Nokia, the company has kept on reinventing the iconic feature phones that have been probably forgotten by many. The finish OEM has just unveiled one of the most popular feature phones of the 90’s – Nokia 8810, A.K.A Banana Phone in the #MWC2018

A brief history of the Nokia Banana phone – Nokia 8810

Nokia 8810 is a slider-style mobile phone handset developed by Nokia, it first surfaced on the 18th of March 1998. It became the most popular phone to come with an internal antenna.
This device was designed to be the most luxurious flagship device at its time, featuring Chrome plating. – drafted from WikiPedia.

At the #MWC2018. HMD global announced it will be re-launching the Banana phone by May. The device will be launched with two colors (Black and Yellow) and will feature the latest 4G LTE network technology.

Nokia 8110 4G has a curved protective cover you can slide open to pick up calls and slide back to end them. The unique shape also means you can spin the phone in ways you never imagined. – HMD Global 2018. The new Nokia 8810 will effortlessly import all your Google and outlook contacts plus synchronize your calendar too. Also, just as expected, this device will launch with the iconic Snake Xenxia game preloaded.

All Nokia devices are known to pack strong, long-lasting batteries and this feature phone is no exception; it will house a removable 1500mAh battery inside the hood and a Qualcomm 205 chipset to complement it.

Disclaimer: These specs may change at any time prior to the flagship of this device

The Nokia banana feature phone is set to come back towards the 2Q of this year (2018) with the above-leaked specs and feature. The price is not yet certain, stay in touch with us, we’ll keep updating this article often and on.

Top 10 Apps to Track Your Health During Pandemics (Covid-19)